The Future – Can Community Return to Our Cities 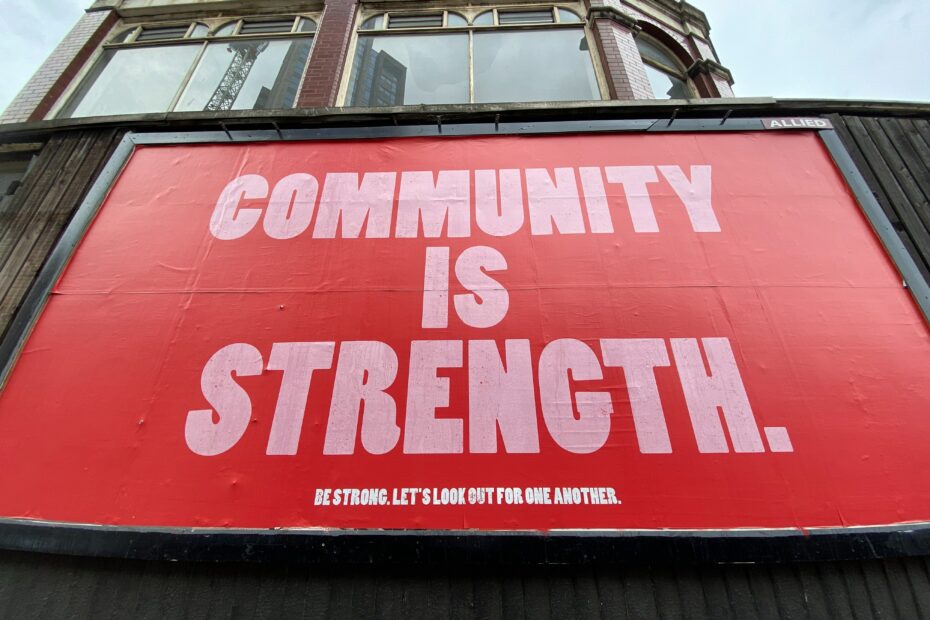 There is no denying the terrible nature of the pandemic, and the disastrous effects on people, businesses and the economy. This article does not seek to ignore these facts, however is to look at the future and potential positive effects that can come from such an event.

As a species, from the time of cavemen a core part of our psychological and societal wellbeing has been based on the concept of community, working together to achieve advances that have led us to where we are today and a feeling of belonging to a whole. However, in the past century, with populations growing rapidly, technological advances, and the dominance of corporations in working life, our cities have lost any sense of this, instead becoming in part faceless, soulless, and filled with homogenous offices and industrial buildings, rather than homes, friends and family led centres. Personally, I spent much of my twenties moving from flat to flat in London, living on top of others and yet rarely speaking to them.

Covid-19 has forced a radical change in working practices, and shown that working from home in certain sectors can be just as productive, if not more so than office based working. Companies are keen to support the idea as much of their cost base is in the inner-city buildings they inhabit, therefore to reduce this boosts profits while improving employee contentment, a win-win. I think there is no doubt that for some companies, office working must be returned to and is by far the most successful structure, however most commentators agree many will be permanently allowing at least flexible working for part of the week. As such, the inner city real estate that is now dominated by offices must be forced to change, but what fills that gap.

Could we see a future over the longer term, where there is a re-balance of the commercial space into residential. This will then in turn lead to development of more villages within cities focused on supporting a higher residential population, thereby increasing the community led shops and services in our towns. In my personal opinion, as much as I love the buzz of our cities now, I would welcome with open arms the prospect of community and a village feel being brought back to inner cities, where social bonding becomes core again. This surely goes a long way to improving loneliness and mental health issues so rife in modern day Britain.

One property sector that shows no signs of slowing is the build-to-rent market, with new projects and increasing units being delivered year on year. This is firmly aimed at the 20’s/30’s market, and provides a typically inner-city base to this demographic. Given the serviced nature of the buildings, does that then again increase the social coming together of inner cities even further, and the drive for villages within those areas to service their needs?

On the flip side, with flexible working now here to stay, this lessens the proximity to one’s job from being a key factor in deciding where to live. In reducing the cost of distance, this then makes the suburbs much less attractive, and instead much more far flung, new country villages develop as people search for space.

So a future of community led cities, thriving villages in the country, and less time spent commuting on busy trains and roads? Who knows how things will play out, but that to me sounds like at least one potentially positive outcome to such a negative event.